Mumbai (Maharashtra) [India], January 25 (ANI): Bollywood star Kangana Ranaut on Monday commemorated the two-year anniversary of her historical drama ‘Manikarnika: The Queen of Jhansi‘.
The ‘Queen’ star took to Twitter and shared pictures of the injuries she suffered during the shoot of the film. The actor relived some memories of the time of shooting on the sets, by sharing a couple of videos on the micro-blogging site.
Talking about the movie, Ranaut tweeted, “The movie which broke my bones, 20 stitches n two fractures also broke many records. Highest weekend, Highest single day collection, Third highest grosser in the long list of blockbuster woman-centric films and also most successful Indian film in Japan. #2YearsofManikarnika.”

The ‘Panga’ star also penned a note of thanks to her team mates, and shared a clip from the film. She noted, “Saluting every hero of #Manikarnika @punitgoenka @KamalJain_TheKJ Vijendra Parsad Garu @prasoonjoshi_ @ShankarEhsanLoy @anky1912 @ZeeStudios_ @sanchitbalhara @neeta_lulla each and every member of my team.” 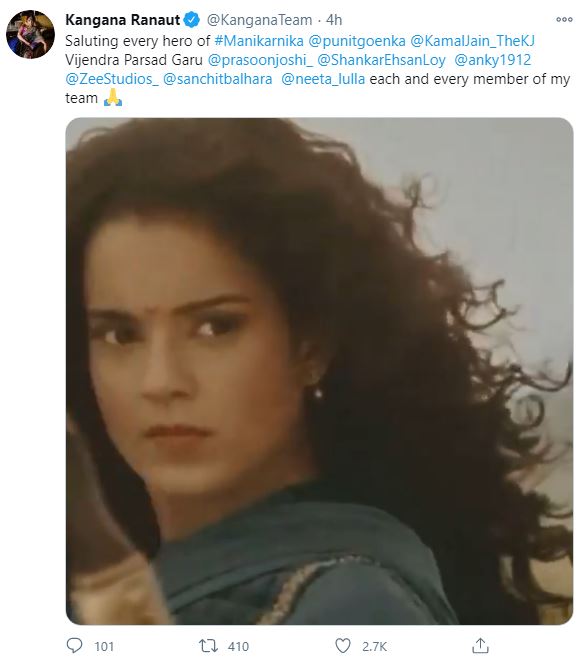 Along with the celebratory post, Ranaut talked about the sequel to the much-loved film titled ‘Manikarnika Returns: The legend of Didda’.” 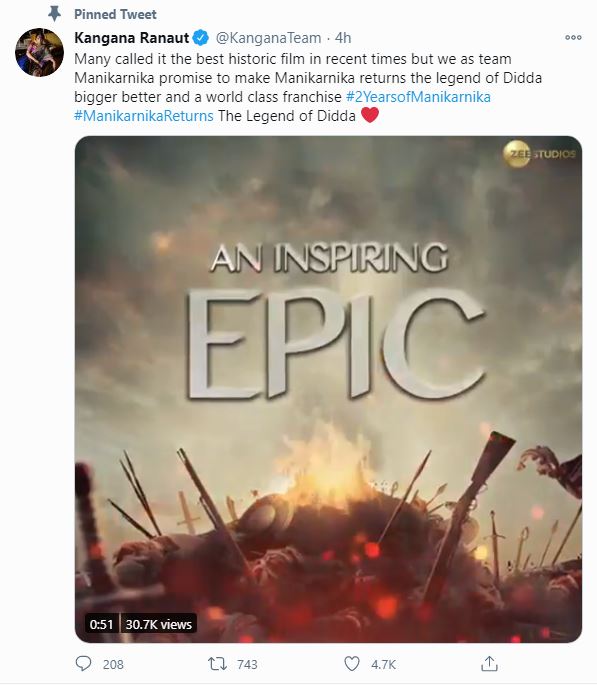 “Many called it the best historic film in recent times but we as team Manikarnika promise to make Manikarnika returns the legend of Didda bigger better and a world-class franchise #2YearsofManikarnika #ManikarnikaReturns The Legend of Didda.”
Earlier, Ranaut announced her return to the big screen with the second instalment of the ‘Manikarnika franchise’. The new film titled ‘Manikarnika Returns: The Legend Of Didda’, will revolve around the life of Didda, Kashmir’s first woman ruler who is described as the ‘Cleopatra of Kashmir’.
Produced by Kangana and Kamal Jain, who bankrolled the first instalment, ‘Manikarnika: The Queen Of Jhansi‘, will be mounted on an international scale. The film is expected to go on floors in January 2022. (ANI)