Washington [US], January 2 (ANI): American actor Justin Hartley is now Instagram official with his girlfriend, Sofia Pernas.
According to Fox News, the ‘This Is Us’ star shared a photo of himself and his actor girlfriend on the social media app in celebration of New Year’s Eve on Thursday (local time).
In the black-and-white photo, the couple, dressed to the nines, cuddles up with wide smiles on their faces.
43-year-old Heartley wrote in the caption, “Last minutes of 2020 here in LA. Bring on 2021! Happy New Year!”

Hartley’s post actually came just a few hours after Pernas actually shared her own photo of the two happy lovers.
Her post was in colour, and also featured herself getting close to her man while outdoors.
“Sayonara 2020, it’s been real. Happy New Year from our quarantine den to yours,” the caption said. 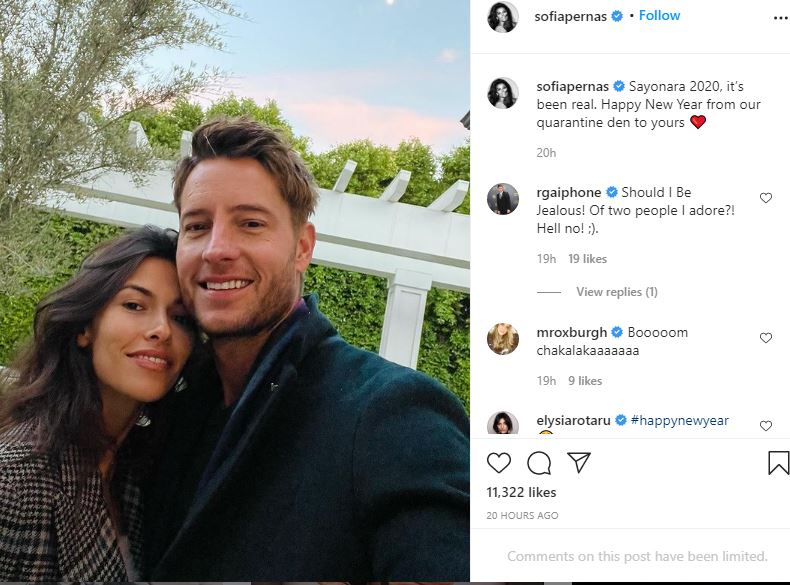 As per Fox News, the two actors began dating in May, according to a source that spoke to People Magazine.
Back in October, Hartley appeared on Radio Andy on SiriusXM Radio and talked about his life and admitted he’s been “really happy.”
“I’m happy with my career. I’m happy with my personal life. I’m healthy, I’m safe. … I mean, all of those things. So I’m very thankful,” he said.
The Instagram debut comes just over a year after Hartley split from his wife Chrishell Stause.
Stause alleged during an episode of the reality show ‘Selling Sunset’ that she learned that Hartley had filed for divorce over text.
Stause told her co-star Mary Fitzgerald in a tearful clip from the third season of the Netflix series, “I found out because he text[ed] me that we were filed. Forty-five minutes later, the world knew.”
As reported by Fox News, the real estate professional then opened up about the conversation she had with Hartley after he texted her about the divorce filing.
“I talked to him right after ’cause I thought that must be a joke, but that was kind of the end of the communication. What am I supposed to say? What do you say after that?” Stause recalled. (ANI)