New Delhi [India], January 3 (ANI): Despite rains and the ongoing cold wave across North India, farmers agitating against the Centre’s farm laws stood strong at the borders of the national capital and continued their protest for the 37th day on Sunday.
“We are living on the streets in such harsh weather conditions away from our family. We’re hopeful that the government will accept our demands tomorrow,” a protesting farmer at the Gazipur (Delhi-UP) border told ANI.
Farmers were seen huddled together under blankets inside their vehicles to keep warm. Tents were set up with waterproof tarpaulin sheets as protection from the rain. 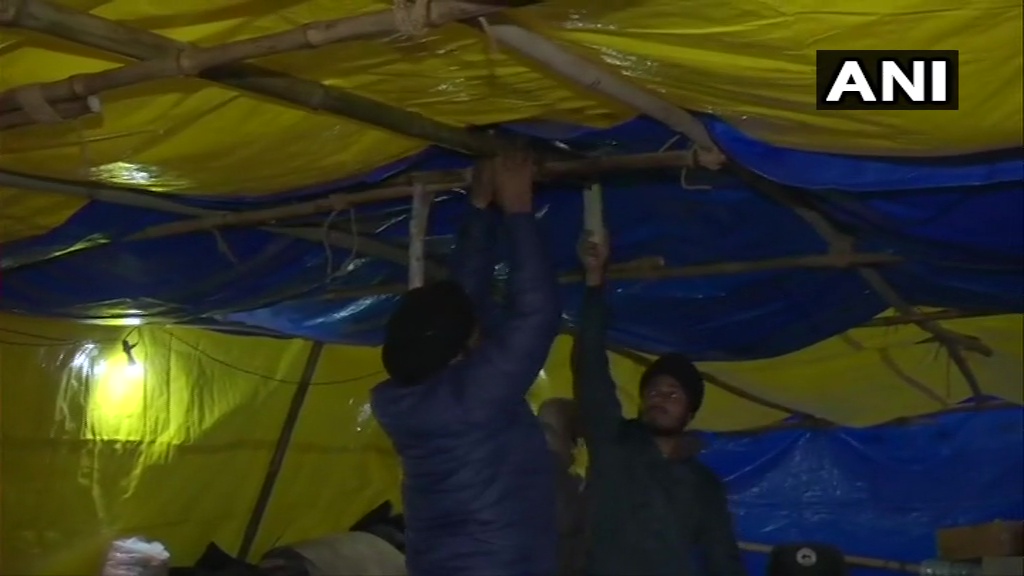 Another round of talks between the Union government and the farmers’ unions took place on Wednesday. While a consensus was reached on issues related to the environment and Electricity Act, the deadlock continued on the two main demands, legal assurance on Minimum Support Price (MSP) and complete rollback of the three farm laws.
The next round of talks will take place on January 4.
The Samyukt Kisan Morcha in their first press conference on Saturday threatened to march to Delhi on January 26 with their tractors, trolleys and other vehicles if their demands were not met.
Farmers have been protesting the following laws – Farmers’ Produce Trade and Commerce (Promotion and Facilitation) Act, 2020-, the Farmers (Empowerment and Protection) Agreement on Price Assurance and Farm Services Act, 2020, and the Essential Commodities (Amendment) Act, 2020. (ANI)