Varshney said the ‘flexible water bottle’ developed by DIPAS can withstand temperature from minus 50 to 100 degree and the water inside the bottle won’t freeze due to cold, if it is stored in liquid form.
“We have developed a flexible water bottle which has integrated detachable water filter into this. This can withstand temperature from minus 50 to 100-degree. The water in it will not freeze. You can remove the filter and you can use the bottle simply. It would not freeze. We have received an order for 400 bottles from CRPF,” he said.
Satish Chouhan, a scientist at DRDO explained about the functioning of ‘Solar Snow Melter’. 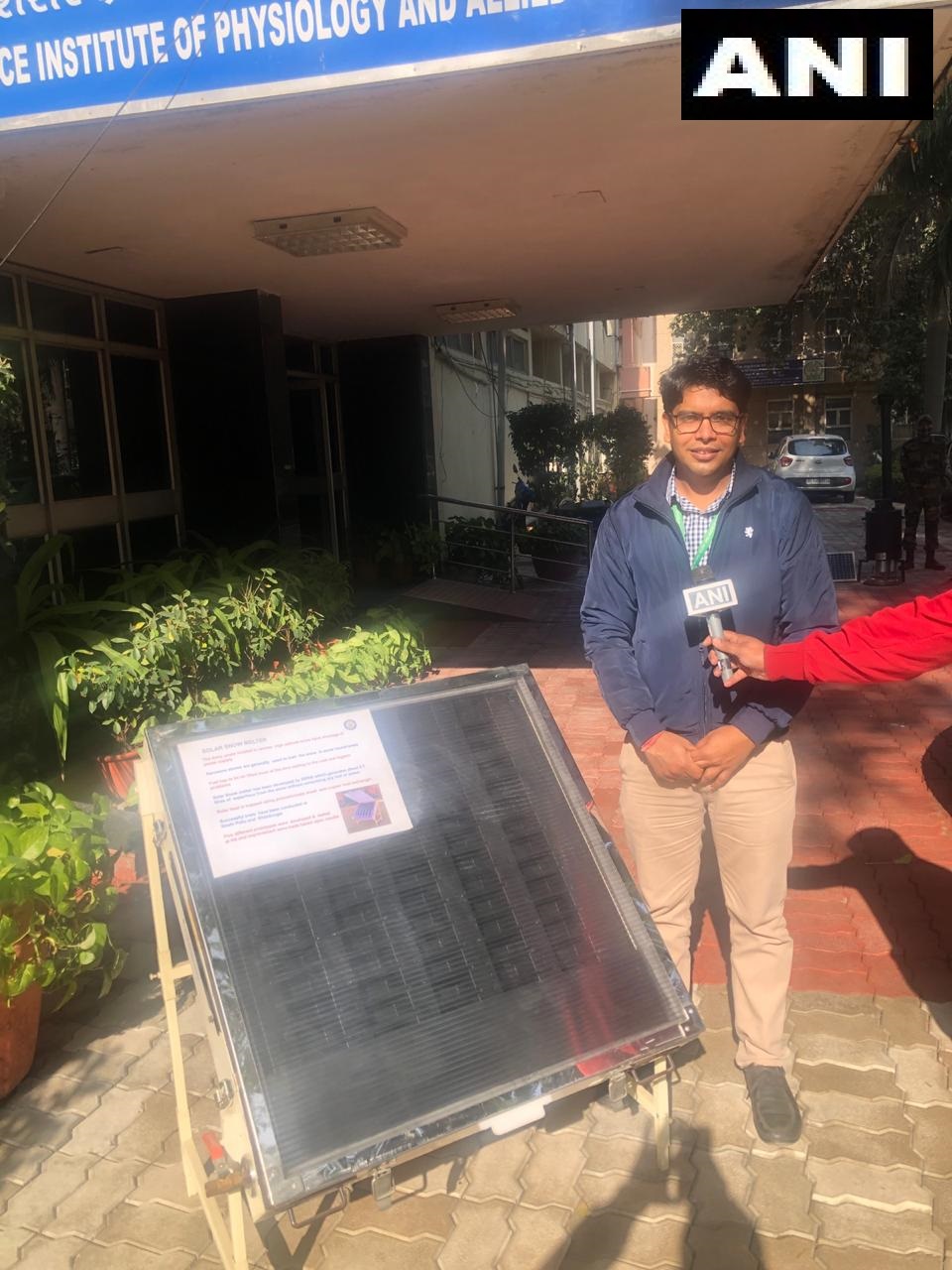 “To address the issue of drinking water problems in freezing temperatures in Eastern Ladakh and other similar areas, we provided Solar Snow Melter for trials at Siachen, Khardungla and Tawang areas. Equipment can provide 5-7 ltr of drinking water every hour,” he said.
“It works on solar energy. The device tracking solar energy and use the energy to melt the snow and water is stored up to minus 40-degree centigrade in a five-litre water tank attached with the device. They can take water by using the tap attached in the tank. It is cost-effective,” he added. (ANI)