Pune: Five people died in a major fire that broke out at Serum Institute of India’s (SII) vaccine manufacturing plant at Manjari, near Hadapsar here, at around 2.30pm on Thursday.

“Five charred bodies were found at the site. We are investigating the matter,” Pune police commissioner Amitabh Gupta told TOI.

Police said preliminary information revealed that the five victims were among the workers hired by a contractor for some civil work, including electrical and pipe fitting jobs, on the sixth and topmost floor of the facility. After the fire brigade put out the blaze, the contractor reported that some of his men were missing. Their bodies were found during a search. Maharashtra health minister Rajesh Tope, who was updated by collector Rajesh Deshmukh, said initial information pointed at welding work as the cause of the fire.

, “The rotavirus vaccine facility, where the fire broke out, was an additional manufacturing unit that got damaged in the blaze. Covishield production will not be affected as our plant has multiple manufacturing units.” Rotaviruses are the most common cause of diarrhoeal disease among infants and young children.

SII CMD Cyrus Poonawalla said in a statement: “Today (Thursday) is an extremely sorrowful day for all of us at SII. Regrettably, there were losses of lives in the fire that broke out in our under-installation facility situated at the special economic zone at Manjari.” “We are deeply saddened and offer our condolences to the families of the departed. In this regard, we will be offering compensation of Rs 25 lakh to each of the (victim’s) family, in addition to the mandated amount as per norms,” he added. 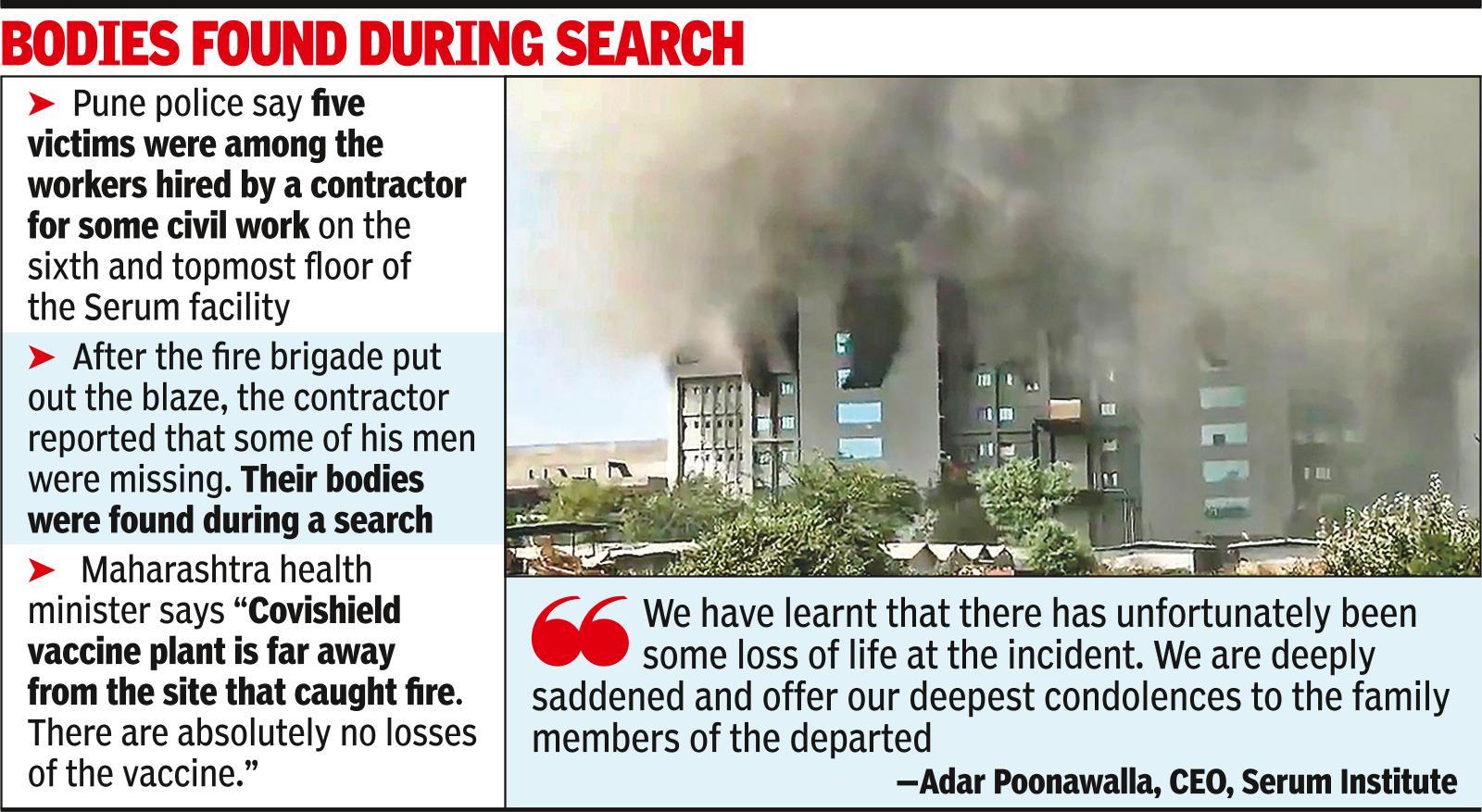